Summer is fast approaching here in New Zealand and the weather is getting warmer. Roses are blooming in my garden as are the weeds. Working on organising blog posts for the promotion on Rebellion set to release in the first week of December. So far I have three written, just need to sort out two more which is easier said than done.

This weeks Rainbow Snippet comes from Sagaki: A Tokyo Nights Novella which I hit publish on today and should hopefully live soon.

“So, you’ve got a few tattoos. I’ve got a whole back of them and more,” Sagaki snapped pushing himself to his feet. Kirushima had already said he would leave, that he’d accepted Sagaki wanted this to end. Yet, he continued to argue with him, challenge Kirushima and use his words to hold him here just a little longer. Wanted Kirushima to give him one good reason why Sagaki should ask him to stay. Why they should give this complicated mess that would be their relationship a go. “I’m sure they are great for your undercover roles as you slip into the ranks of the yakuza.” 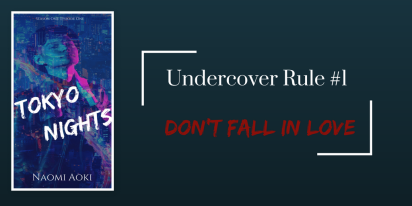 The Yakuza and the English Teacher Series