This weeks Rainbow Snippet comes from Episode Nine of Tokyo Nights, which is being released this week.

Saita ripped open the sachets of sugar sitting next to his cup and tipped each one in. He absently stirred it and stared into space, his mind drifting back to that night almost a week ago now. The first phone call had been a surprise, one that had sent chills down his spine, fearing what news he’d wake up to about his son. He just hadn’t expected to become a part of the story as the second call came, almost an hour later demanding his presence outside his apartment building. Thinking back, his actions had been stupid, not even bothering to dress before hurrying down to the street where Asano waited. Stupid not to ask why or where his son might be – thinking Asano had taken him. Of course, Asano hadn’t grabbed Hisato, but he’d destroyed him all the same. 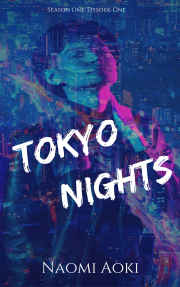 The Yakuza and the English Teacher series