Recently in some of the Facebook writing groups I’ve joined, we’ve been challenged to interview our characters. In two different groups I chose to interview the characters from the upcoming Tokyo Nights Novella featuring Jun Sagaki (who appears in Tokyo Nights: Season One) and the Manager of a Host Club in Kabukicho, Ikue Kirushima. Now I’ve gathered both in the same place.

Interviewer: What is your name?
A: Kirushima, Ikue.
I: But your not Japanese, right?
K: (grinds teeth) I am. But yes, my mother is Korean.
I: And your relationship with Sagaki?
k: (chuckles, leering) Technically he’s my Boss, I suppose… rude fucker who never remembers to knock before entering my office.
I: But… there’s more to it than that, right?
K: Well, he definitely looks good on his damn knees.
I: Well, umm, right.
K: (Sniggers)
I: Is there any truth to the rumors?
K: Which ones?
I: That you are an undercover cop?
A: Who knows? Won’t it be interesting to find out.

Interviewer: Can you tell us your name?
Sagaki: Sagaki, Jun Sagaki
I: What is your affiliation and role?
S: Imaida Organisation. I oversee the business interests within Shinjuku and Kabukicho
I: Hmmm, but you haven’t been working there recently, like the last few months.
S: No. (grits teeth) I was managing a bar in Roppongi.
I: I can’t imagine that was a step up.
S: No it wasn’t. (shifts uncomfortably in his seat) Can we talk about something else?
I: Okay… then what about the rumors?
S: What rumors? (leans forward glaring)
I: (shuffles paper uncomfortably) The rumors about your relationship… with…ah… the Manager of the Blue Butterfly.
S: My what? (leaping to his feet and towering over the interviewer, fist balled) Where the fuck did you get that idea?
I: I-it’s just a rumor.
S: Rumors all start somewhere. (grabbing the interview by his shirt and hauling him to his feet and slamming him against the wall) So who has been spreading it?
I: (shaking) Kirushima. I interviewed him the other day… he said you ‘look good on your damn knees’. Please don’t kill me.
S: (Drops interviewer in shock. Arousal flickering in his veins and he storms out of the room muttering about what he was going to do to Kirushima when he gets his hands on him.) 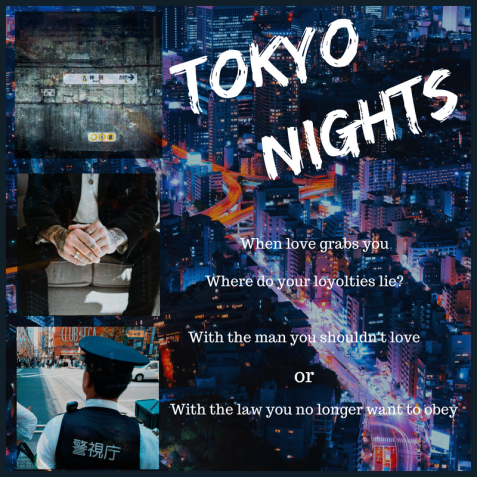